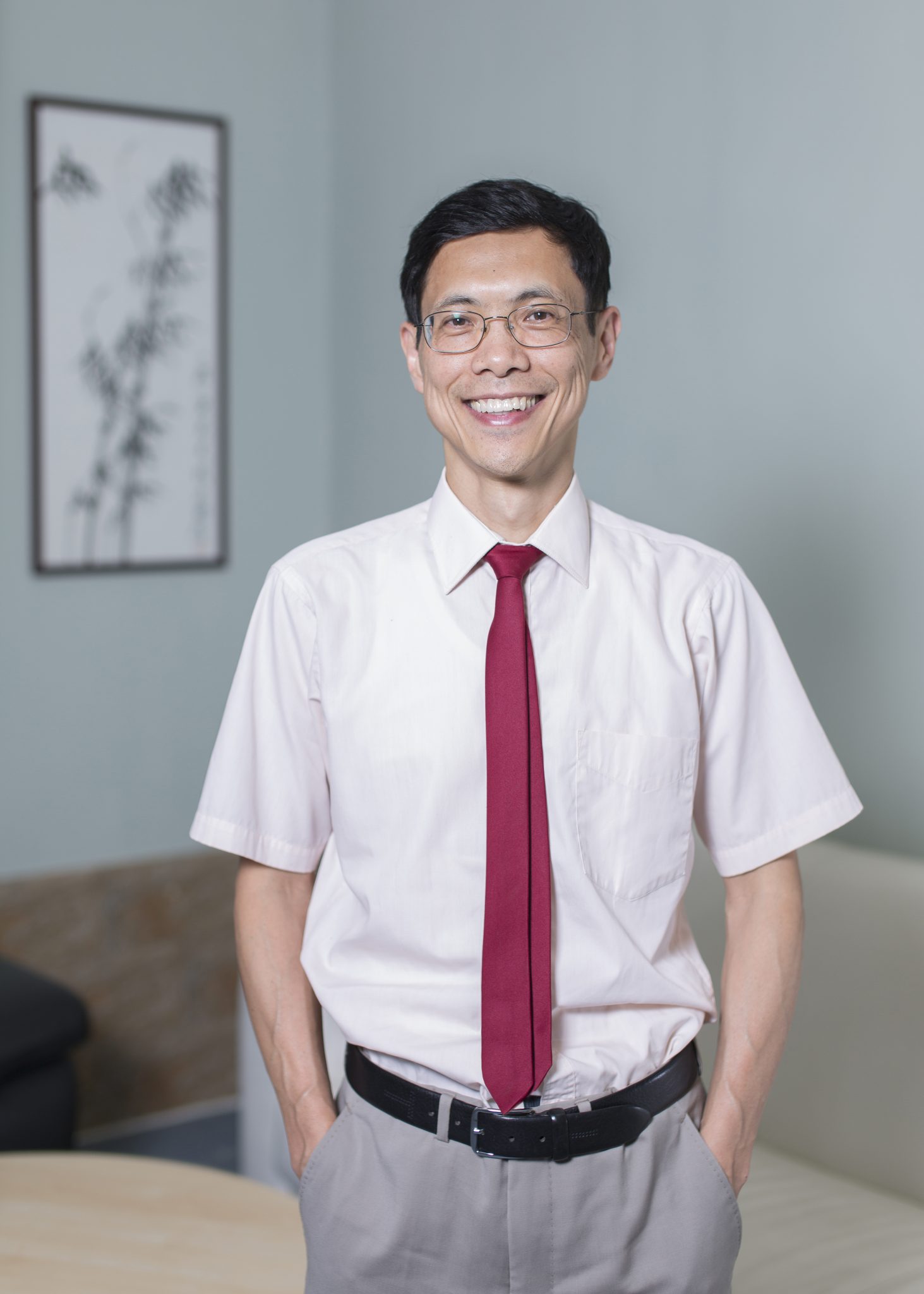 After receiving his Ph.D. in Physics from MIT, Dr. Lau performed basic research as a research scientist at the University of Maryland and NASA for about 10 years.  He was a recipient of the US National Academy of Sciences/National Research Council Research Associateship Award and published extensively in nonlinear science and chaos, plasma physics, and solar physics.

In the past 20 years, Dr. Lau worked in the IT industry, serving as senior software scientist/Vice President of Technology.  He led cross-disciplinary teams on enterprise architecture projects.  He is also a recognized expert on object-oriented technology and open standards.

Dr. Lau grew up and finished high school in Macau.  He is keenly aware of Macau’s cultural heritage and current development.  He will take a student-centric approach and leverage UM’s Residential College to help broaden students’ horizon and prepare them for the global market.  He lived and studied in Guangzhou before and maintains a close tie with the Pearl River Delta region.  In addition to student activities within Residential College, he will facilitate partnerships between Residential College and businesses in the region and mentor students to participate in internship programs.

Finally, Dr. Lau will also apply his rich corporate experience to effectively lead Residential College staff and student teams to connect with the local Macau society and interact with private and public sectors in the region. This will help improve students’ soft skills, elevate their global competitiveness, and enhance their future career development. 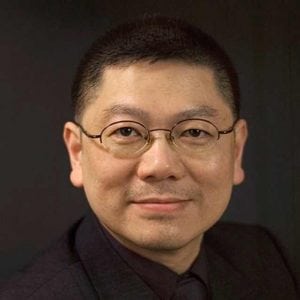 Professor Lampo Leong is an internationally acclaimed painter, calligrapher, photographer, new media artist and designer.  He received his PhD in Art Theory and Practice from the Central Academy of Fine Arts in Beijing, his MFA in painting with High Distinction from the California College of the Arts, and his BFA in ink painting from Guangzhou Academy of Fine Arts.  Leong is currently a Distinguished Professor of Art and Doctoral Advisor in the Department of Communication and Head of Centre for Design at the University of Macau. He is also a Professor of Art at the University of Missouri-Columbia and a former Art Department Chair, Visiting Professor at the Guangzhou Academy of Fine Arts, and has been named the Weiner Distinguished Professor at the Missouri University of Science and Technology.

Leong has served as curator and judge for more than 20 art exhibits, grants, and public art competitions, for example, the Best of America national juried exhibit, the 47th Annual Juried Exhibit by the Sumi-E Society of America, San Francisco Arts Commission and Missouri Arts Council.

Leong’s work has been featured in international contemporary art auctions such as Christie’s, Ravenel, Poly, etc., and in art expos and museums/galleries worldwide through 70 solo and over 300 national/international juried/curated group exhibitions, including The Art of Writing in Germany, Question at the Cantor Center for the Visual Arts, the International Contemporary Masters III at the Southern Nevada Museum of Fine Art, Shining Stars: 4 Cultural Visionaries of Contemporary Painting at the Pacific Heritage Museum in San Francisco, Language Non Language at the Ethan Cohen Fine Art in New York, the Taipei International Modern Ink Painting Biennial, Art of China, the 7th and 11th National Fine Arts Exhibition in China, Re-Ink: Contemporary Ink Painting 2000-2012 at Today Art Museum in Beijing, The First Nanjing International Art Festival, Macao’s Proposed Artworks for the 54th Venice Biennale at the Museu de Arte de Macau, and Ink Global 2017 in Hong Kong.

Leong has received over 70 awards and extensive recognitions, including a Gold Award at the Creative Quarterly international art competition in New York. Additionally, Leong has collaborated with composers and choreographers on video animations and multimedia performances, which have premiered in San Francisco’s Yerba Buena Center for the Arts, Kauffman Center for Performing Arts in Kansas City, Skaneateles Festival in New York, Musicacoustica-Beijing in China, and Tanghu Museum of Art in Wuhan, China.

Leong’s works can be found in more than 10 museum and hundreds of notable corporate and private collections, including the Cantor Center for Visual Arts at Stanford University, the Asian Art Museum of San Francisco, the Minneapolis Institute of Arts, the Macao Art Museum, the Guangdong Museum of Art, the Written Art Foundation in Germany, The Westin Surabaya in Indonesia, and The Tokyo Westin, as well as public art commissions for the Columbia City Hall and a 26-foot-diameter granite inset calligraphic medallion for a San Francisco public park. In addition, Leong has published several monographs of his art, more than 50 essays on formalist study and art education, and currently completing a book of theoretical research entitled  Curve: A Prototype for Dynamic Forces in Visual Art.

Leong’s art and achievements have been documented in hundreds of reviews, publications and citations in newspapers, magazines, art books, websites, and on television internationally, including the front cover of New Art International in New York and the Creative Genius: 100 Contemporary Artists in London. Leong is a recipient of the Faculty-Alumni Award by the University of Missouri-Columbia in 2007 and in 1999, San Francisco Mayor Willie Brown proclaimed November 19th to be Lampo Leong Day.

Professor Liu Chuan Sheng is a world-renowned plasma physicist. He has made groundbreaking contributions to the theory of laser-plasma interaction. He is also known for his contributions to international collaborations in higher education. He was the recipient of University of Maryland’s Distinguished International Service Award. 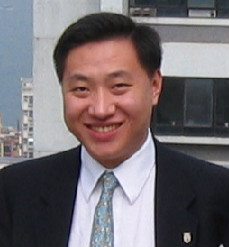 Dr. Wang is a professor at the Faculty of Law of the University of Macau, where he also serves as a member of the Faculty Executive Committee (FEC) and Program Coordinator (Academic Cooperation).  At the law faculty he teaches various topics, including constitutional law, Alternative dispute resolution, Chinese law, and comparative legal system.  His research interests are mainly focused on coordinated compliance of business and human rights, as well as comparative ADR.  Before joining the University of Macau, he was a sessional lecturer at the University of British Columbia (UBC)’s Faculty of Law as well as a research associate at UBC’s Institute of Asian Research working for the Asia Pacific Dispute Resolution Program (APDR), which is funded by the Major Collaborative Research Initiative (MCRI) of the Social Sciences and Humanities Research Council of Canada (SSHRC), while he was pursuing his doctorate degree. Dr. Wang received his bachelor’s degree in International Economic Law from Shanghai Institute of Foreign Trade (now renamed as “Shanghai University of International Business and Economics”), M.A in Asia Pacific Policy Studies from UBC’s Institute of Asian Research, and LLM and PhD in Law from UBC Faculty of Law.